Our First Project from 2K Games

2K Games: The Bureau had been delayed countless times and did not meet the current generation's graphics and gameplay standards. The quality made it an incredible creative challenge, but I was exuberant about my first opportunity to work on a video game. We set out to generate as much hype as possible. After we created and released the first live-action trailer, 2K received more YouTube hits in their brand's history. Subsequently, they asked our team to create more. I worked with Patrick O'Rourke(Copywriter) to create blogger kits and concepts around interactive installations for PAX, E3, and similar events.

One of the primary goals for this project was to increase pre-orders. The pre-order bonus for the game was a Light Plasma Pistol, and I wanted to modify the digital 3D file to make it physically printable. It would have been the first time in history that a digital asset from a video game was brought into the physical world. Everything was ready to go. I had optimized the pistol and reduced the printing time from 80 hours down to 10. Unfortunately, before launch, an article appeared on IGN here., titled "CT Politician Asks Industry to End 'Nefarious' Deals with Gun Makers," the idea was dead. It was a tremendous learning experience, and I would carry over my 3D printing concept to 2K Games' next-generation title: EVOLVE. 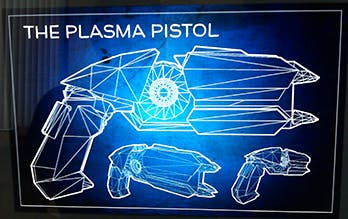 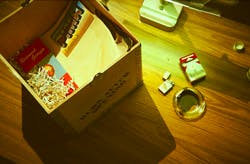 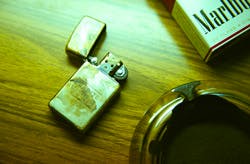